Niantic partnered up with financial company Fold to create an AR game. In this game, it is possible to earn Bitcoin rewards by playing. Their goal for the Fold AR game is to make crypto currencies more tangible.

Niantic created a game based on Pokemon Go.This time, the game is not modeled around catching tiny monsters. This game is about harvesting Bitcoin. The goal is to find cubes of binary code. These cubes can be tapped until they reveal a prize. The game spawns a cube 1 to 20 meters away from the player every 10 minutes. After mining this cube, the player earns around 1/20th of a pence worth of bitcoin.

Niantic stated that “games always push the boundaries of technology”. In the future, the company will look at the ‘play-to-earn’ concept in this game for inspiration. The game will be implemented in Fold’s Bitcoin broker app and is available for closed beta since November 2021. 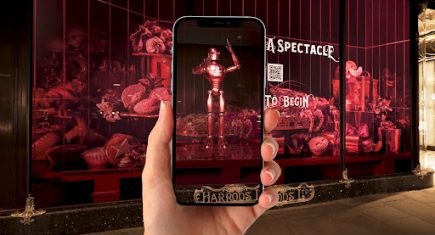 “Witness a spectacle!” Harrods made an augmented reality experience for visitors to enjoy on their phones while walking past …

Swigr, an Augmented Reality app for the alcoholic beverage business, has now released a Space Invaders-themed game on its … 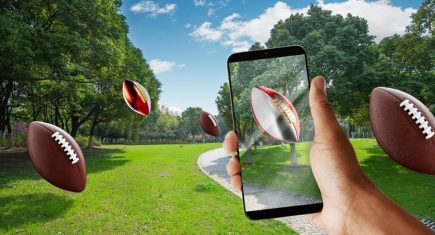 State farm created a new augmented reality game in the NFT space. The app features star football players such as …