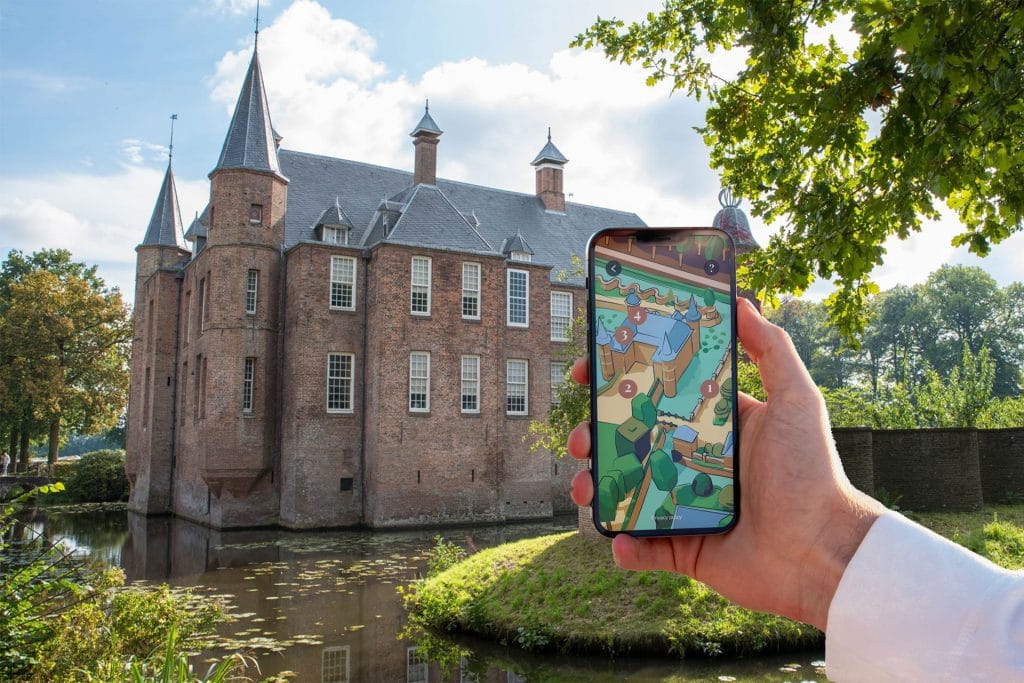 Castle of Zuylen | AR Timeswitch The client The Castle of Zuylen is a castle near the village of Oud-Zuilen, north of the city of Utrecht. It was originally built in the 13th century and has been open to the public as a museum for over 50 years. The question The foundation that manages the […] 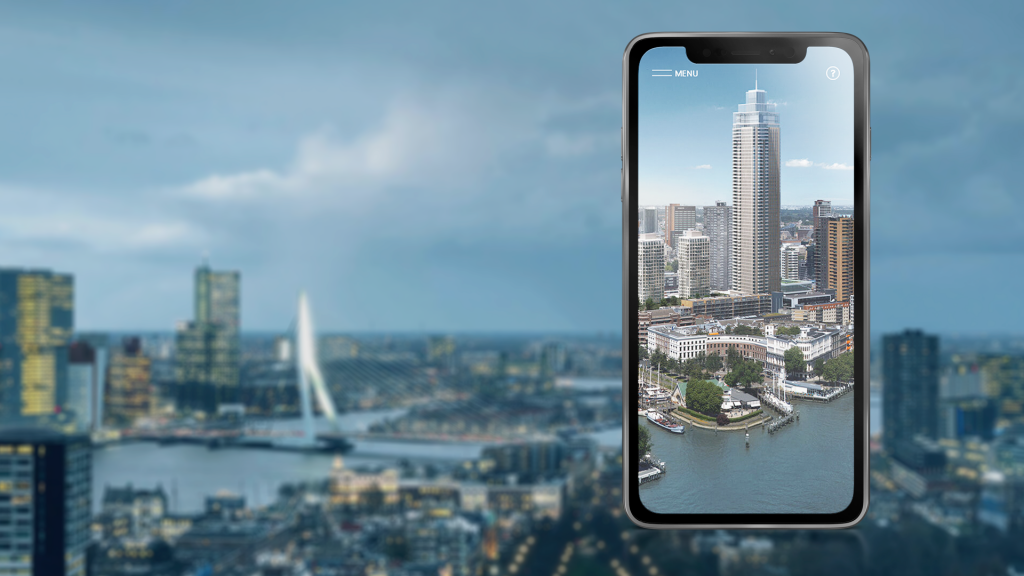 Branch: ConstructionTechnology: Augmented realityApplication: VisualizationLinks: Playstore & App store   Question The Municipality of Rotterdam wants to give residents more insight into the city’s many construction projects. The municipality uses several tools for this, such as a website, where you can follow the projects.  To show residents what a location will look like in the future, […] 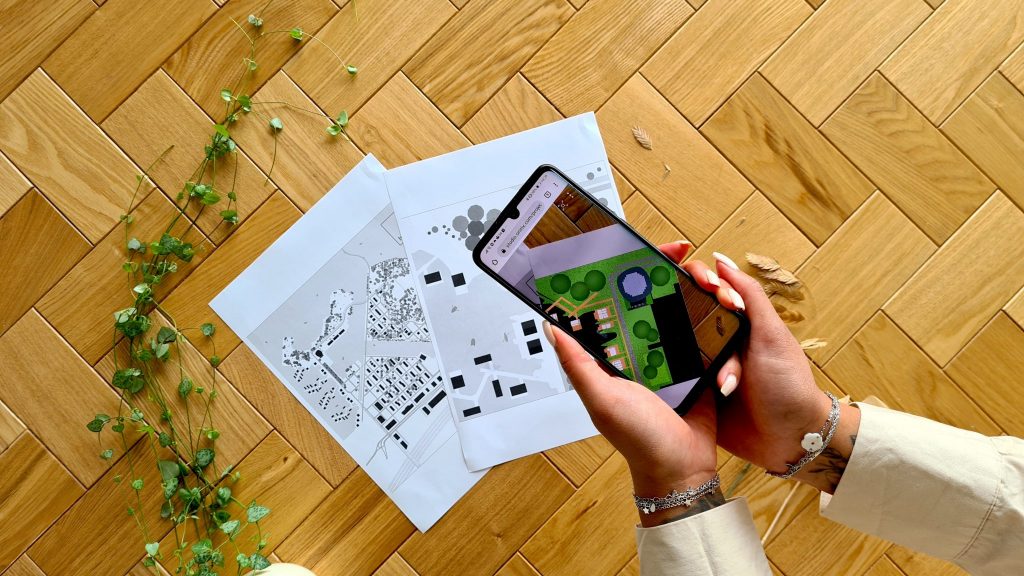 Hortus & Floriade | WebAR 3D Maquette The client At the world horticultural exhibition Floriade Expo 2022, you will discover solutions that make cities more fun, more beautiful and more sustainable. The exhibition only takes place once every ten years, which makes it a special occasion. Afterwards, the new housing estate Hortus, developed by Amvest […] 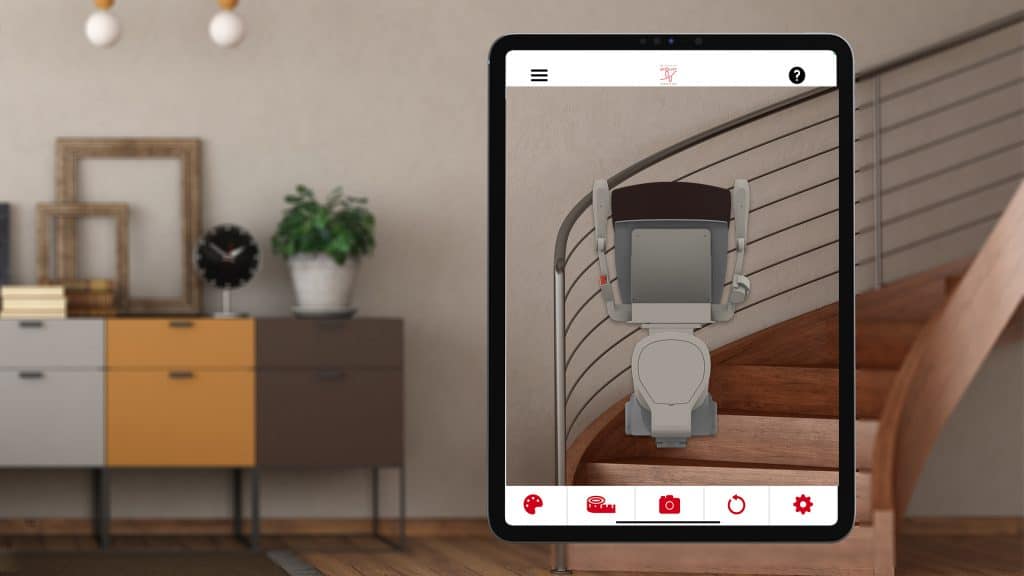 Otolift | Stairlift AR Visualizer The Client Otolift is the largest stairlift supplier in the Netherlands. They want to help as many people as possible to live longer in their familiar surroundings. Quality, sustainability and reusability are important themes. Question Otolift advisers travel all over the country to give advice about stairlifts in people’s homes. […]

Industry: TelecomTechnology: Social ARApplication: Product promotion Question KPN launches the renewed Wifi Manager with a campaign by DentsuAchtung. The idea behind the campaign is that wifi should always work and that customers with the KPN Wifi Manager always have a good connection. Besides online video and TV, KPN also uses online display, radio and (D)OOH for […] 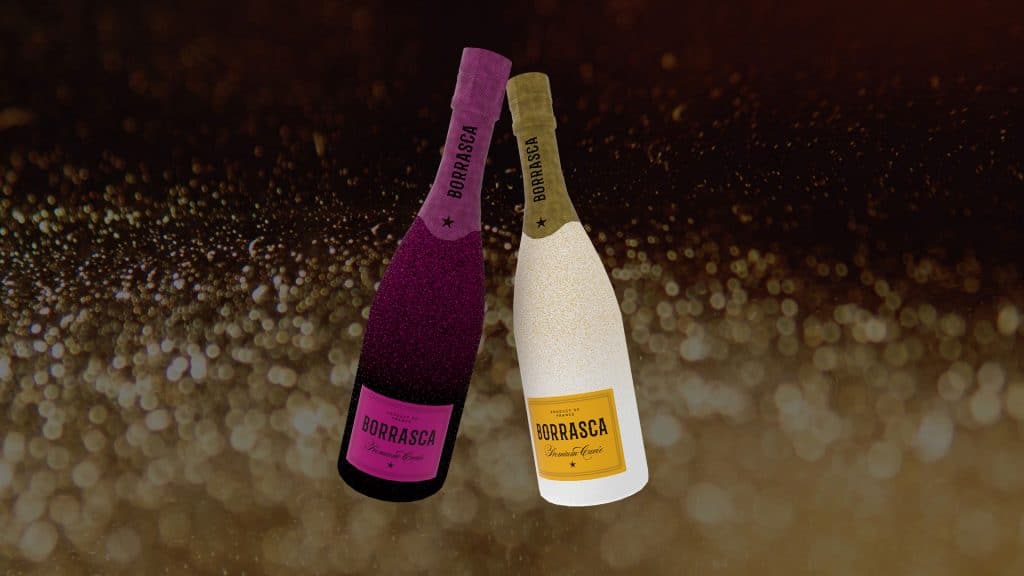 Industry: Food & Beverage Technology: Social AR Application: Product promotion Question Borrasca is a Spanish producer of various wine products such as Prosecco and Cava. In 2021 the wine bottles will have a new design for a fresh new look. To promote the restyling, Borrasca deployed various communication tools. To match the modern look and feel, […] 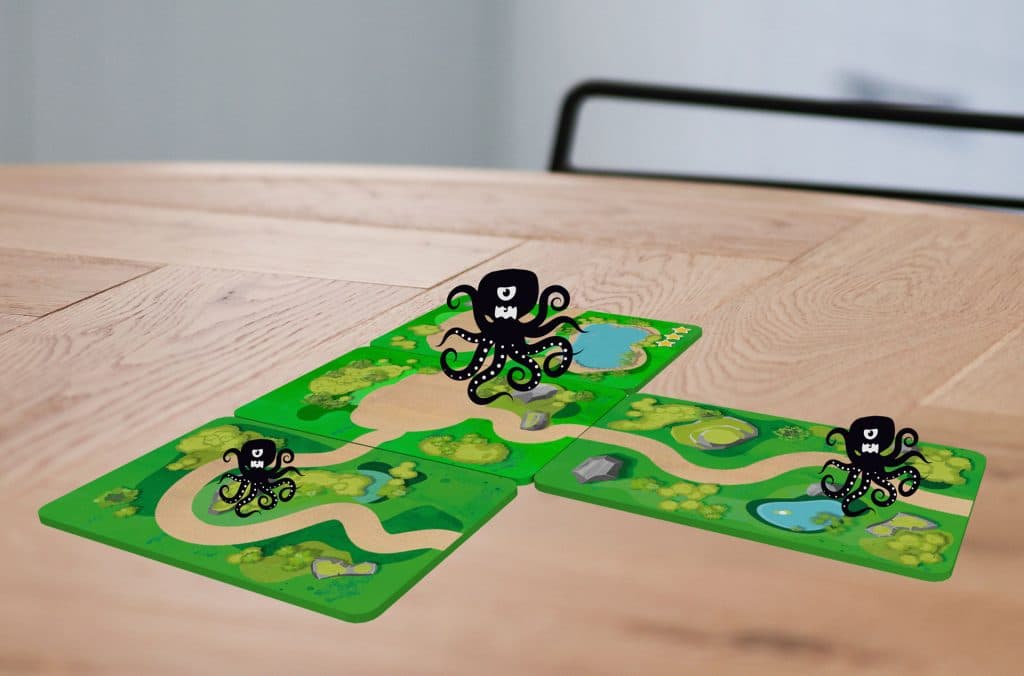 Industry: Entertainment Technology: Social ARApplication: Product promotion Question Just Entertainment is an entertainment company founded in 2003. Their mission is to tell stories to entertain a wide audience through diverse platforms such as games, videos and books. This year’s program included major releases; among them, the board game “Language Heroes of the Game Forest. Result During the […] 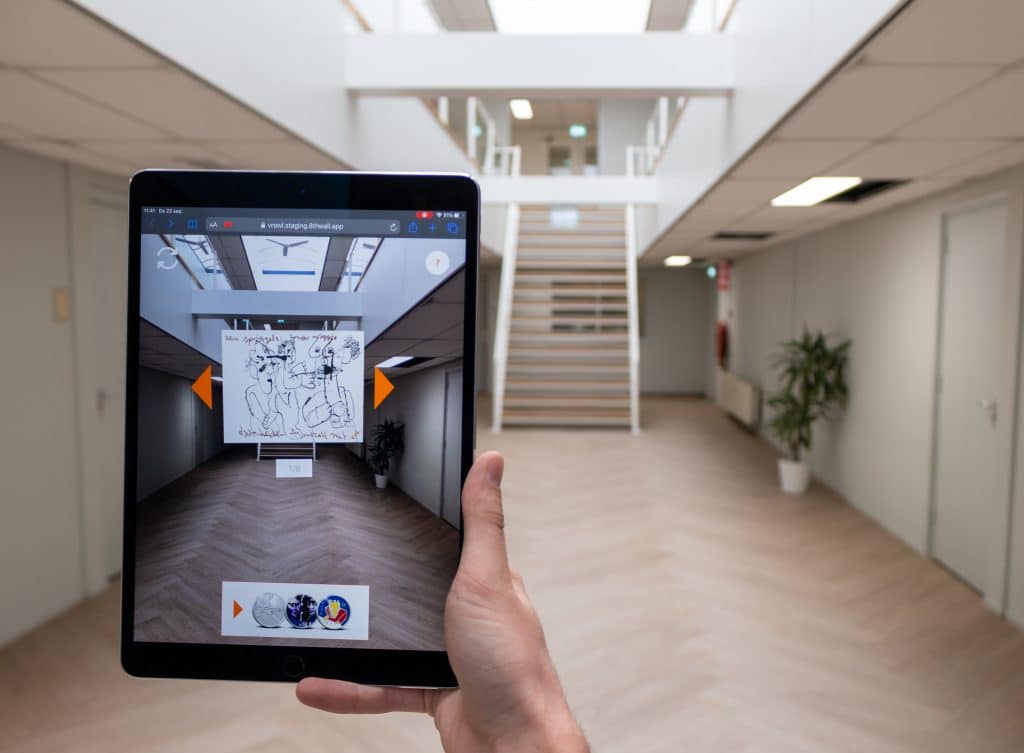 Royal Dutch Mint – Herman Brood 75 The Royal Dutch Mint Since 1567, the Royal Dutch Mint (KNM) has been the producer of Dutch coinage. It is an innovative, international company in value products, rooted in more than 450 years of tradition. The company annually mintes issues in memory of famous deceased Dutch people Commemoration […] 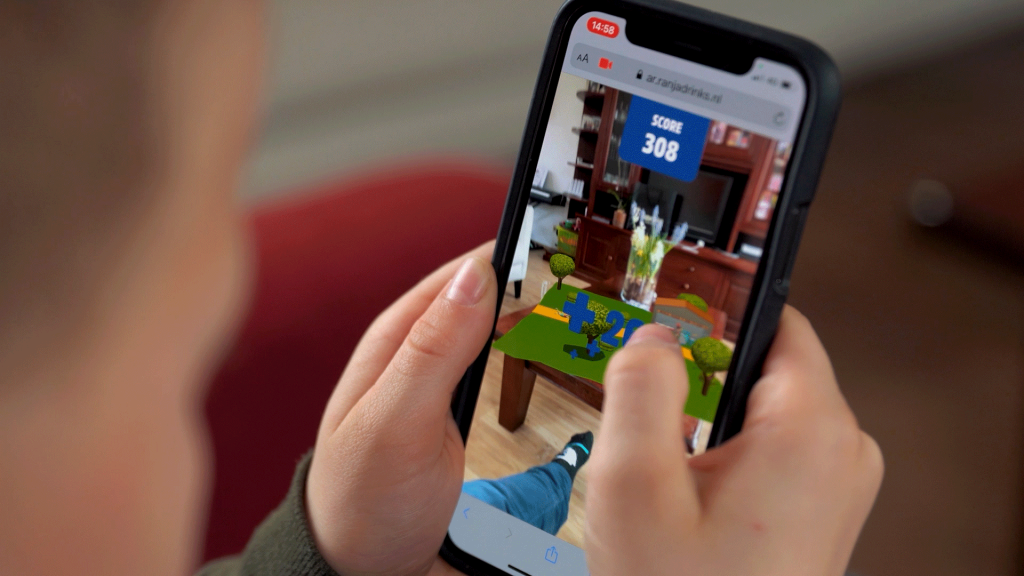 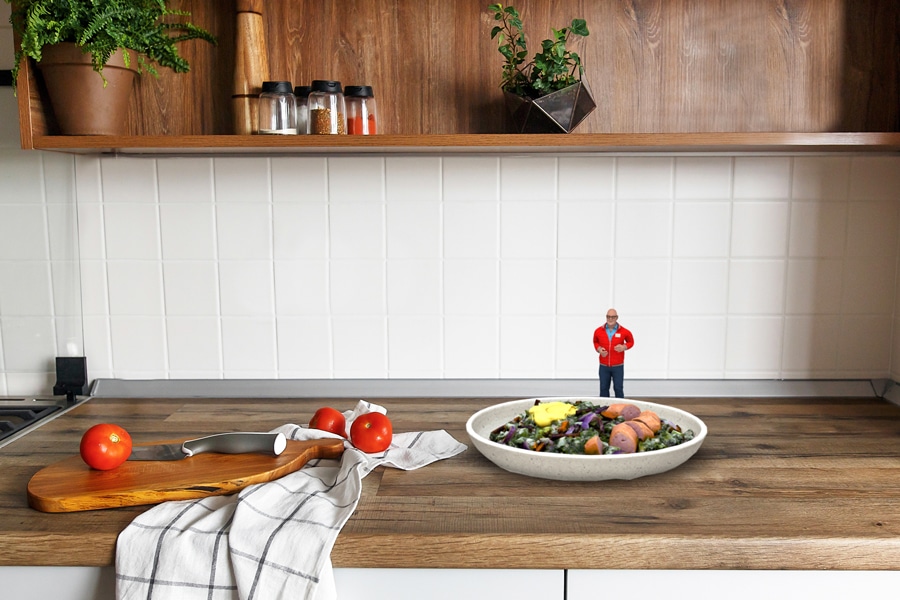 Branch: Retail Technology: WebAR Application: Productmarketing The execution Gaston in AR First of all, Gaston was made into a 3D model based on photos. Gaston had to walk past the dishes so the movements must look realistic. By using a motion capture suit , Xsens was able to make a good animation, for example of the movements […]