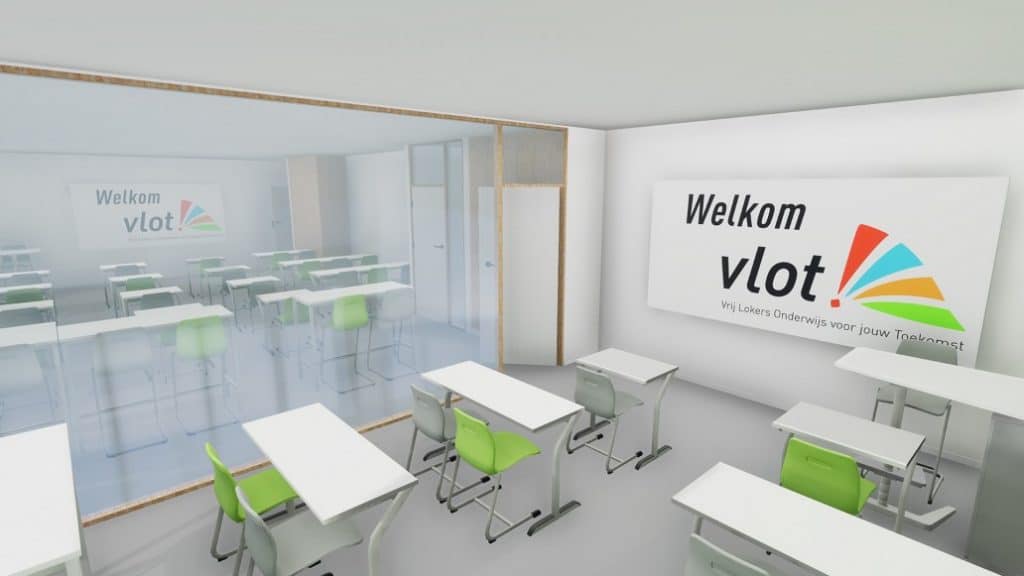 “Vrij Lokers Onderwijs voor jouw Toekomst” (VLOT!) is a school group in Belgium. They are renovating their secondary school building, which will go through some huge changes. The school will become unrecognizable for the former students and teachers. For this reason, the school was looking for a way to already show the new building to its students and their parents during the open house.

The 360° video is based on the 3D models from the architect who designed the new school. These models have been transferred to the Unreal Engine software to create a realistic image of the building in the video. Because of the 360° video students, their parents, the management, and the school board could already see their new school without it being there.

The 360° video was shown during the open house in VR using five Oculus Go’s. Our event team was on site to deliver support for the hardware.

The 360° video gave insight in the developments of the school to students and their parents. This way they know exactly what to expect when they return to school in 2020. “We saw faces full of wonder and enthusiasm. The end result is beautiful and everything went very smoothly. Technical and logistical support was great! ”, Karine Hoogewys from VLOT! 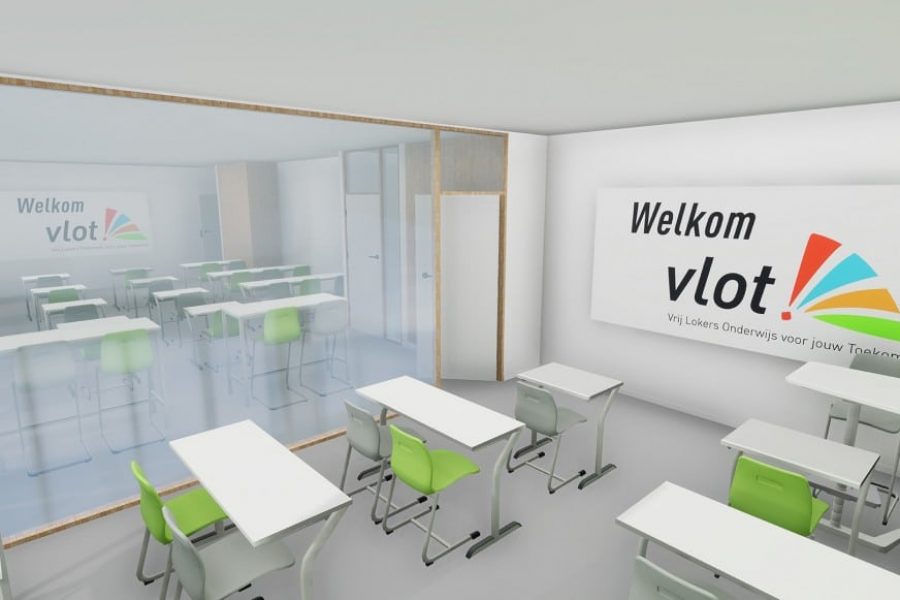 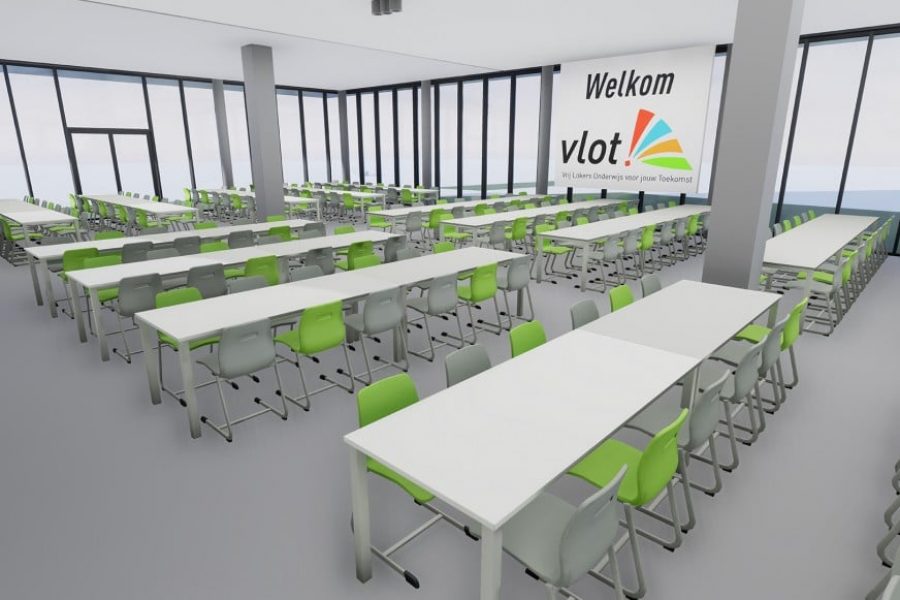