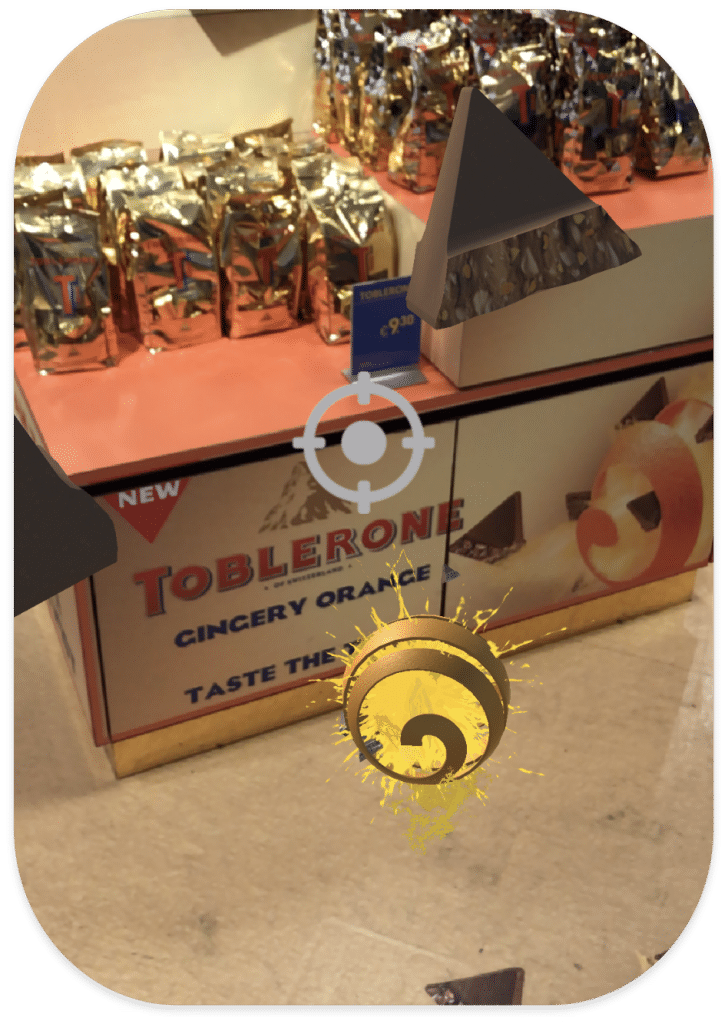 Toblerone is well known for their delicious chocolate, sold worldwide in it’s characteristic packaging. The Toblerone brand is owned by Mondelez international which also has bands like Oreo & Côte d’Or. Sold at high traffic locations, it’s often purchased by people on the move.

The question put forth by Tobleronewas two-fold and came from them as well as their retail partner at extremely high traffic location: Schiphol Airport. The first part of the question was how to stop people at such a location and  get them to try a new product. In this case the new ‘Gingery Orange’ flavor.  The second question was how to make sure people stayed in the shop longer and spent more money.

To engage the audience we developed an easy but fun game using Augmented Reality. The game is operated by a store attendee which approaches passers-by to play the game. The game is played with an Ipad by shooting little pieces of chocolate out of the air. These emerge from an orange and move around the area. The game lasts for about a minute after which the player is rewarded with a discount coupon to spend in the store.

The game was designed in Toblerone style, using assets from the brand like the familiar packaging and triangle shaped candy. We introduced a 3D model of an orange, in line with the new flavour. To keep the game branded (and kid-friendly) we used orange colored particles to ‘shoot’ with.

To start the employee places the 3D model on any flat surface. This allows the game to be played virtually anywhere, even locations with limited space. After starting the game the iPad is handed to the player which has to shoot Toblerone block emerging from the orange.

The game ends after a minute, just enough to keep the player entertained. The player is presented with a discount coupon which he can directly spend at the store.

The game was presented on an Apple iPad Pro which offers a large screen and is easy to use.Using ARKit the game is not limited by location and can be played anywhere. An easy to use interface allows employees to quickly learn and deploy the activation. The application has a build in counter and location selector. This allows the cliënt to see how many times the game has been played on predetermined (shop)locations.

The cliënt is satisfied with the game and the brand interaction it creates. The flexibility of the application allows them to deploy the game fast and at any location. Making it a quick win with easy to measure results. The fun factor of the game makes sures that passers-by are easily enticed to play, while attracting other visitors to the commotion. The coupons resulted in more revenue for each location the game was deployed. 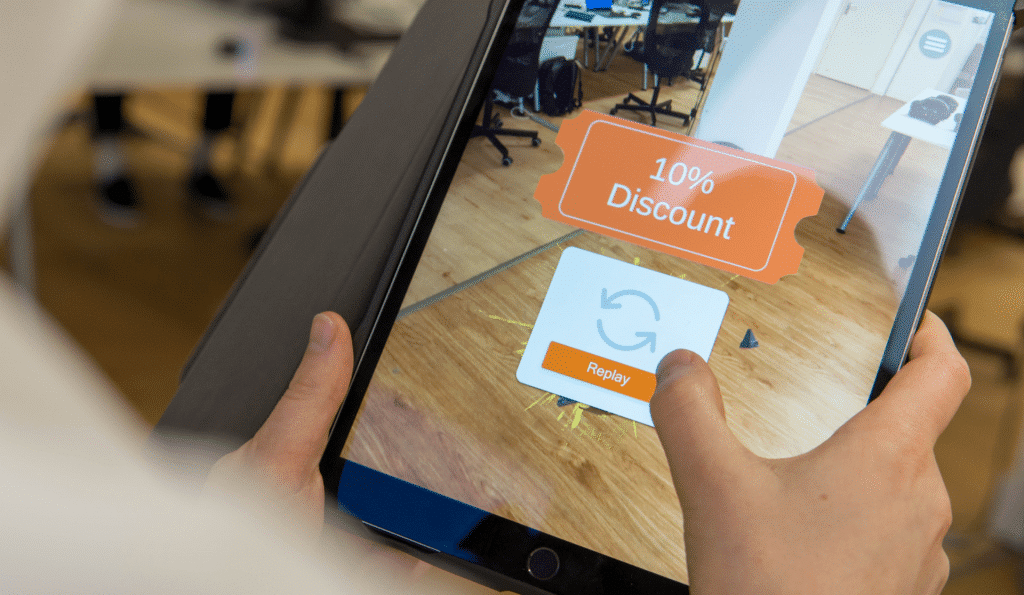 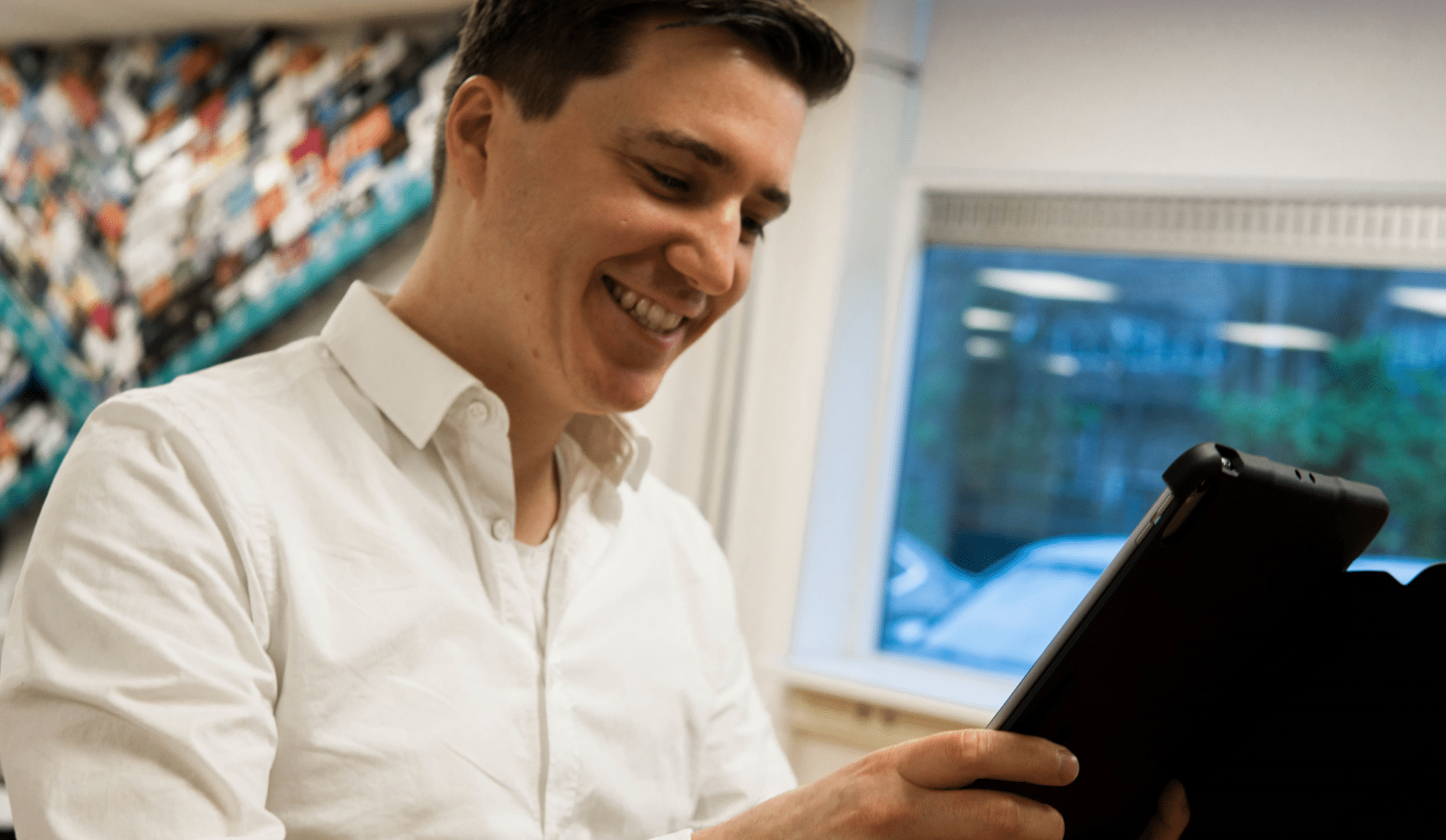