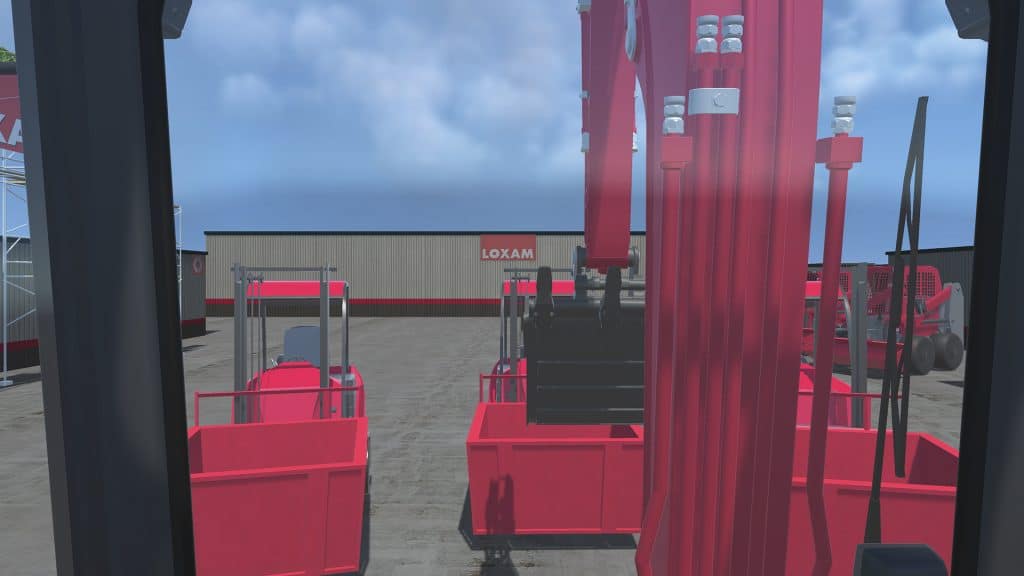 Loxam is a building materials rental company with offices throughout Europe. For the annual Bouwbeurs of 2019, Loxam was looking for a crowd puller. She wanted to create a VR simulation to let visitors experience what it is like to drive an excavator.

An experience was created in which a simulation was combined with a challenging game. Visitors sat in a physical excavator, set up an Oculus Rift and interacted with the controllers in a virtual game. The aim of the game was to scoop as many bricks into bins as quickly as possible.

At the start of the experience, participants entered their name, company and email address. This was followed by a short tutorial explaining the game’s controls and purpose. After the successful tutorial, the game started and the participant had two minutes to get the highest possible score. Loxam employee Frank became so fanatic that (after many attempts) he was number 1 on Friday for a large part of the day.

On two external screens, spectators could watch the player and see his score. This element created tension among spectators; does he get the highest score and beat our company?

The construction fair was a great success for Loxam. Hundreds of people played the game during the three-day event in the Jaarbeurs. Groups of people lined up to get the highest score and the game was the talk of the event. Afterwards, all players were approached with a personal email containing their highest score. 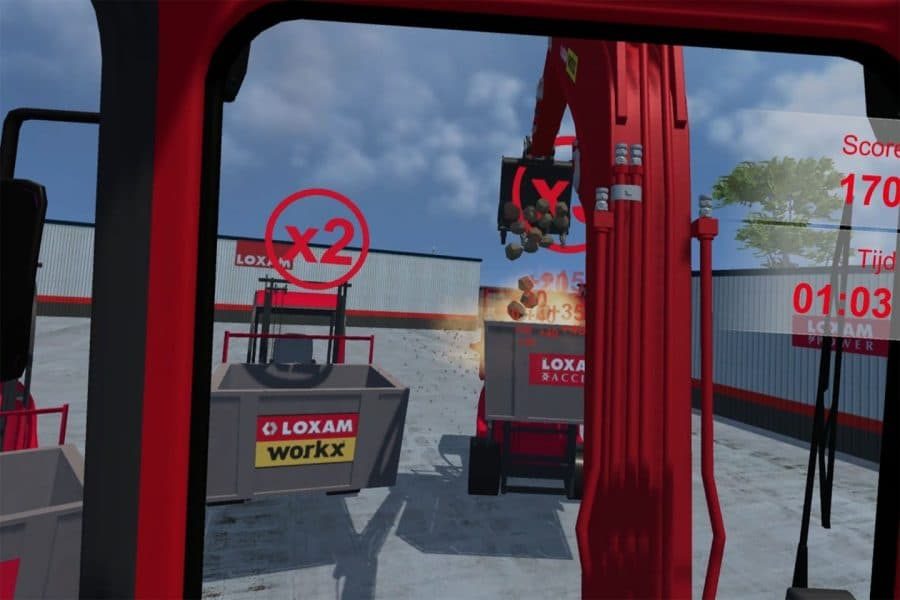 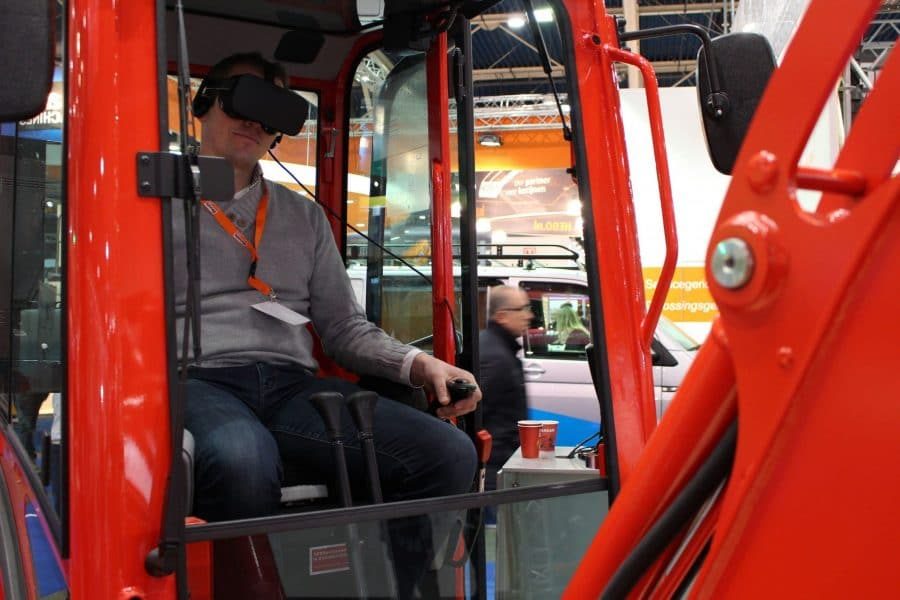