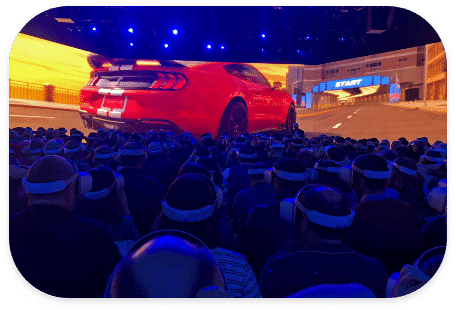 To launch the Ford Mustang Shelby GT500 during the North American International Auto Show (NAIAS) 2019, Ford wanted to give visitors a special experience of their new car.

I think we gave everyone a very special moment that they will always remember. – Alistair Wilson, managing director of Imagination.

Action, racing, and a beautiful car that falls from the sky. It sounds like an action movie, but the experience was more than a movie thanks to virtual reality. During the press launch at the NAIAS event, all 750 presenters received Lenovo Mirage glasses. During the presentation a 360 video was started where attendees could view the Ford Mustang Shelby GT500 for the first time in virtual reality.

VR Sync made it possible for all attendees to see the 360 ​​video at the same time. The VR Owl team that were on site had installed and prepared all 750 glasses for the event in the previous two weeks. Furthermore, VR Sync was integrated on site into a local network, so that Ford was in control of the 360 ​​video playback.

In the 360 ​​video, the Ford Mustang Shelby GT500 raced through the streets of Detroit and ended up on a roof, after which he was transported by helicopter to the roof of the Cobo center, the event location. The glasses went off and the car came out of the ceiling, allowing the visitors to see the car in real life.

The Ford Mustang Shelby GT500 fell for the door. The combination of virtual reality and a car that is lowered from the ceiling resulted in many wow responses. The press picked it up quickly and the virtual reality launch was in the news on many different media. A super achievement from the VR Owl event team. 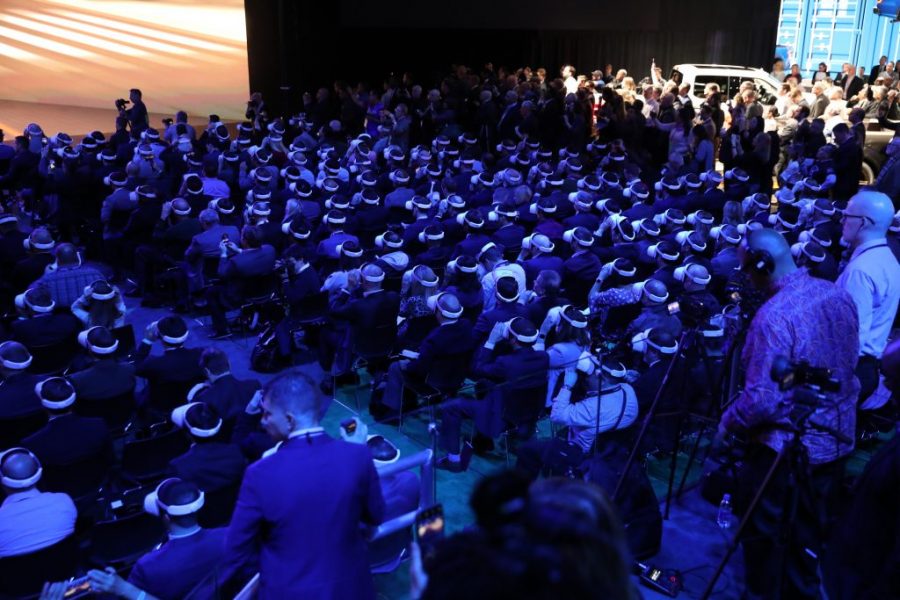 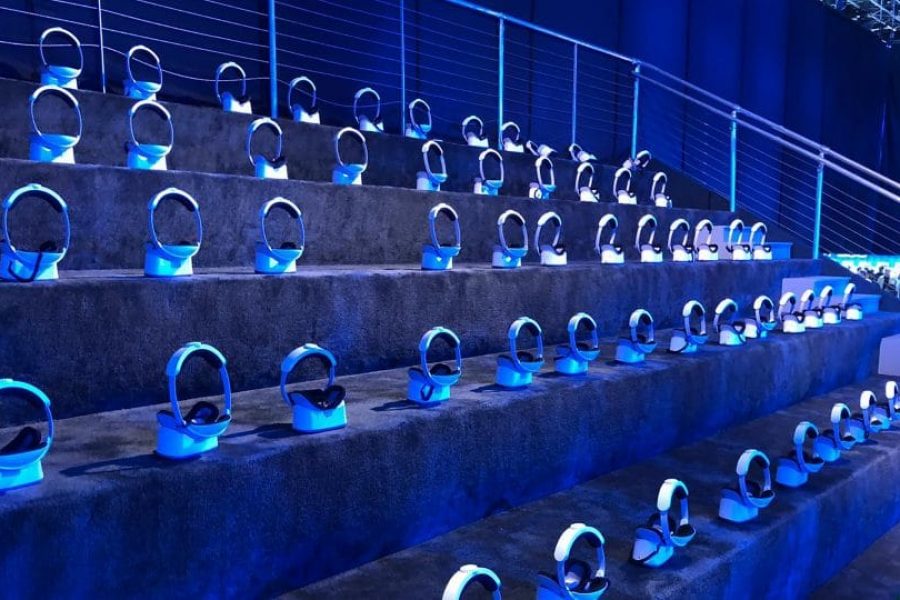