ARAL – Gas Station of the Future 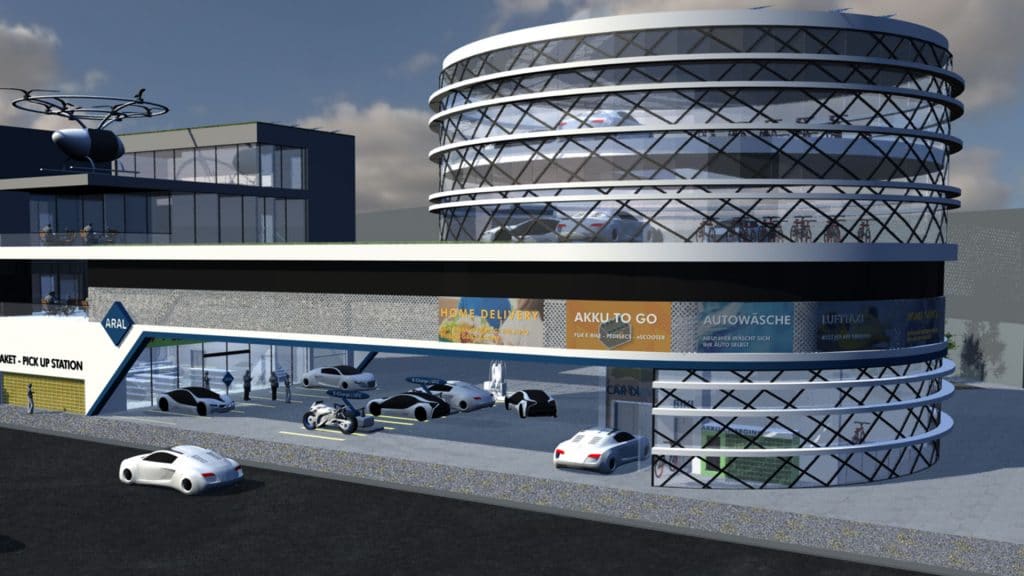 Together with the Institute for Transport Research of the German Aerospace Center (DLR), the German ARAL has conducted a study about mobility in 2040.  A look into this future shows that the need for mobility will continue to grow. The results of this study contain a vision of the gas station of the future. ARAL wished to visualize this vision for everyone interested in the future mobility trends.

The vision of the gas station of the future resulted in four models for gas stations in the city, in urban areas, rural districts, and on the highway. An architect agency designed the 3D models. Based on these models the 360° video was created as well as an 2D video.  In the videos you see the four different models of gas stations and how they will follow the future mobility trends.

The gas station in the big city shows how to deal with the growing number of people living in the city by adding transfer stations for public transport to the gas stations. In addition, ultra-fast charging stations, various services like food and carwashes, and car parks are visualized in the 360° video.

The video was premiered at a press conference in Berlin and was shown to all attendees using the Look&Play software.  The video could also be watched in 2D. The 360° video provided a unique view in the future. It showed the many possibilities for the gas station business in the future as well as how it can deal with the mobility trends. 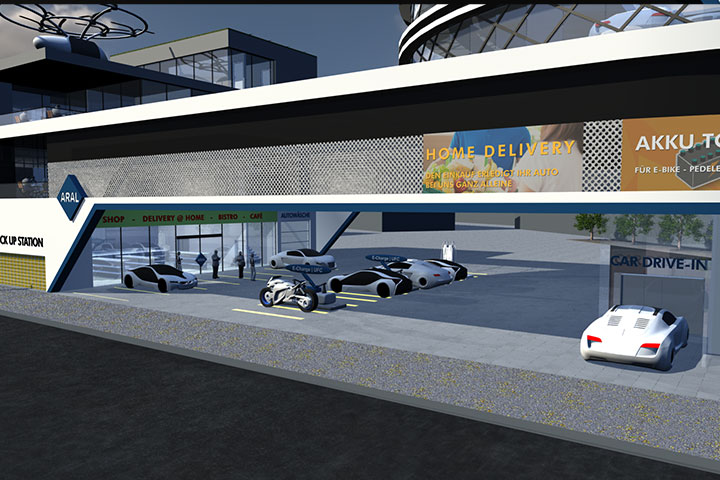 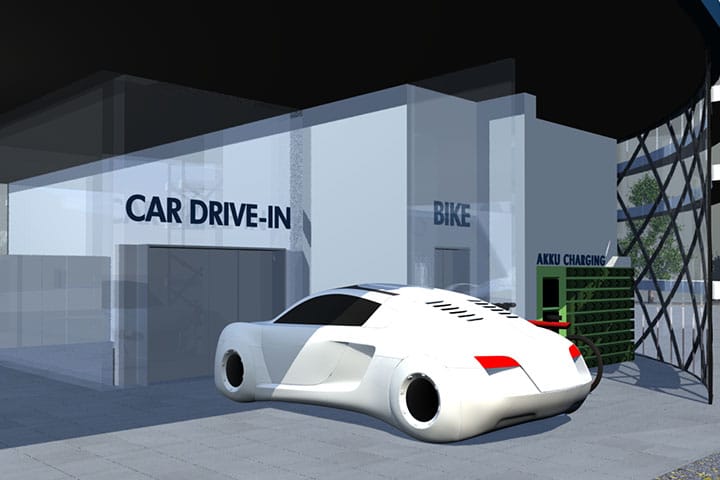