The terms Augmented Reality, Virtual Reality and Mixed Reality are often used interchangeably.  Even companies working with this technology cannot always agree on where the boundaries of each medium lie. In this article we will clarify what Augmented Reality is.

Augmented Reality is the term used when a digital image – often a 3D animation – is superimposed on reality. You enrich (augment) the physical world with digital information. This can be through the screen on your smartphone, AR glasses with a special prism lens or a specific method of projection. You can still see your surroundings, but extra information is added.

The history of AR

The term Augmented Reality has been in use for years; a 1995 study already referred to the use of this technique. Until recently, the term AR was used to superimpose flat images on a spatial environment. For example, it was possible to see navigation while continuing to look at the road. In addition, information could be brought to life on 2D surfaces such as Abri’s.

Google Glass was the first (known) AR glasses to display information through a small, transparent screen. This was positioned in front of the eye and mainly provided practical information such as notifications, incoming messages and navigation. The glasses were not a success at the time, but have made a comeback as Glass Enteprise 2.

What is Mixed Reality?

Mixed Reality brings together the digital and physical world where digital objects can interact with physical ones. So, for example, you can put a digital vase on the table or hide a monster behind your sofa. The glasses recognise the environment and mix in digital 3D objects.

Microsoft’s HoloLens was one of the first AR glasses that could also register depth and could ‘mix’ digital objects with the real world. In the meantime, a second variant of this has become even more accurate.  Smartphones are also getting better at displaying mixed reality thanks to software solutions such as ARKit from Apple and ARCore from Google. 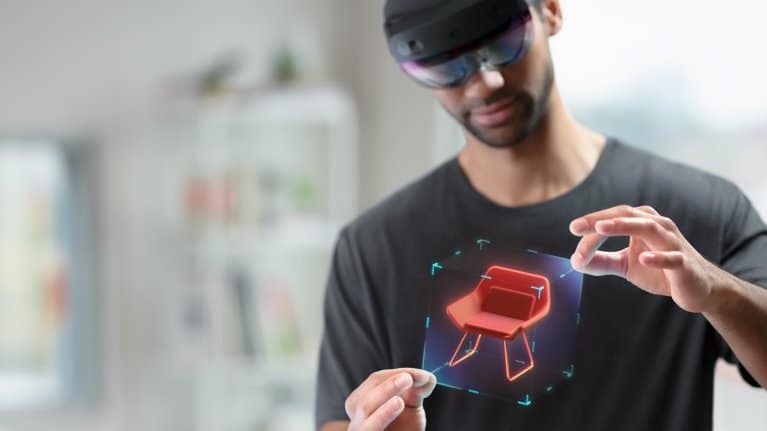 How can you experience Augmented Reality?

Augmented Reality through your smartphone

The simplest way is with a smartphone or tablet. The camera on the mobile device shows the environment on the screen, and the software puts a layer on top of this. This can be an arrow on the road to plot a route, virtual make-up but also products and even artists. Before 2021, you needed an app for this, but the arrival of WebAR will make it possible in the coming years to view AR content directly through your browser.

With AR functionality on smartphones and in popular apps like Snapchat and Facebook, Augmented Reality is becoming increasingly popular with consumers. Filters, product visualisations and even AR performances by artists are among the possibilities.

Another method is to use AR glasses, which are glasses with semi-transparent lenses that superimpose digital images on your normal field of vision. This leaves you with both hands free to, for example, pick products from the shelf in a warehouse. 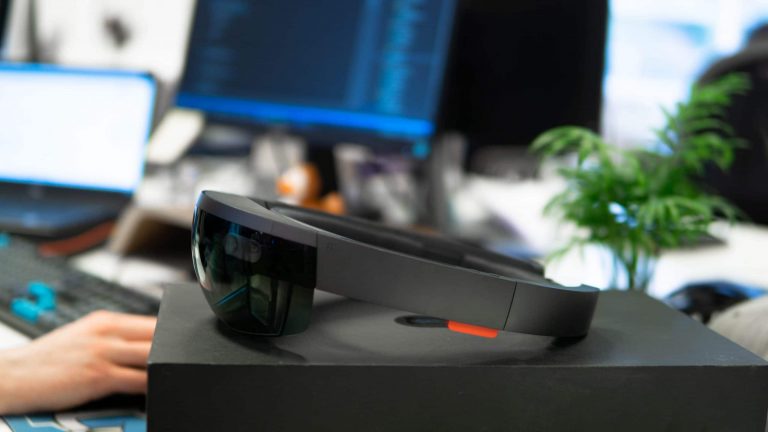 The future of Augmented Reality

The future of AR is Mixed Reality. This technique offers a much more realistic display, which means that AR will quickly be experienced as flat or old.  The move to the cloud and the arrival of 5G and the advantages that WebAR offers will make downloading apps superfluous. You will soon be streaming MR content directly to your mixed reality glasses.

Talk to our experts

Eager to discuss your use case?

Discover all the possibilities for your organisation.

Talk to our specialist today